You are here: Home1 / Locations2 / Stirlingshire

Tree surgery is a dangerous business – so leave it to the experts. TD Tree & Land Services Ltd will provide a safe, efficient and professional tree surgery service to meet your needs, whether you are a commercial or domestic client. Our highly qualified tree surgeons carry out tree work across Stirlingshire, including Stirling, Bridge of Allan, Doune, Callander, Dunblane, The Trossachs, Aberfoyle and Bannockburn.

We won a contract for Stirling Council to implement the recommendations of a Tree Safety Report, we were on site for several weeks felling and pruning trees along the west facing slope down from Stirling Castle. Some trees were also removed to create viewpoints from the castle walls and the upper sections of the walk. The timber was extracted using our Alpine tractor and taken to Greenwood Avenue where it was uplifted by firewood merchants, the monies recovered by the council were used to help fund the project. Timber that was too short for uplift by haulier was left for local residents to take for their own firewood.  Many of the trees had to be lowered to the ground due to the extreme terrain, Stirling Castle’s ideal defensive location means that the wooded slopes to the west are very steep, we had to be careful that timber did not roll down the slope, or dislodge rocks or soil. We developed a method statement detailing our approach to this problem, and also our approach to managing the public as the area is crossed by several footpaths. Archaeological considerations had to be taken into account too, as obviously the castle grounds are rich in archaeological remains, we were extremely careful not to disturb anything and worked closely with the Archaeological Officer to avoid any damage. Our method statement was approved by the council and work commenced in early 2015 and was completed a few weeks later.  Many of the trees that we felled were left with high stumps that could be carved, these are now complete so why not take a stroll and have a look, heres a taster: Tree Sculptures Stirling.

We have since worked for Stirling council at The Wallace Monument,  and Killearn Glen. 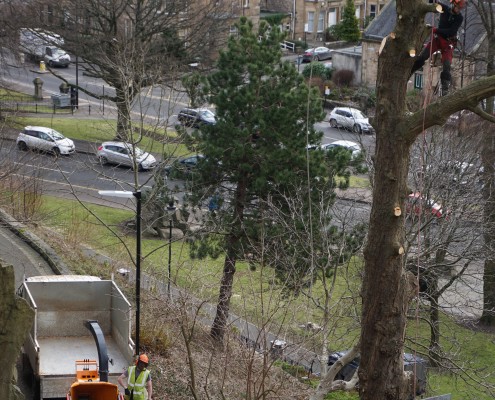 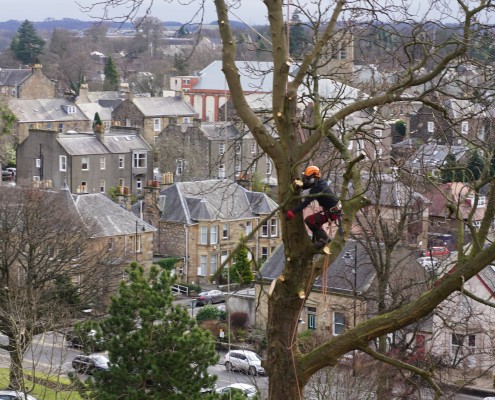 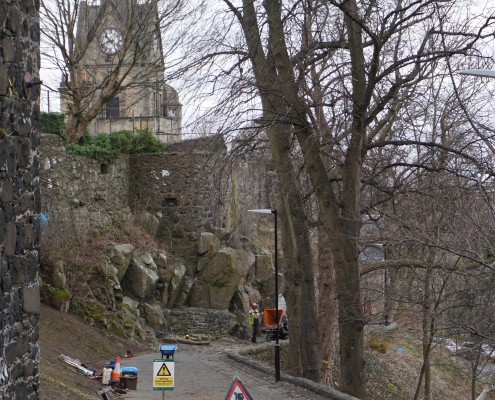 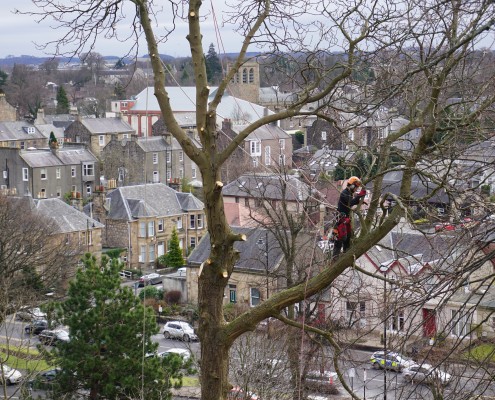 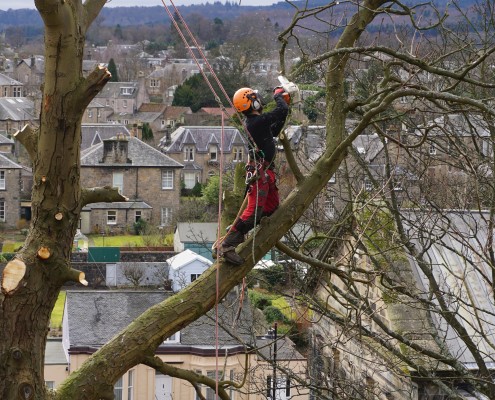